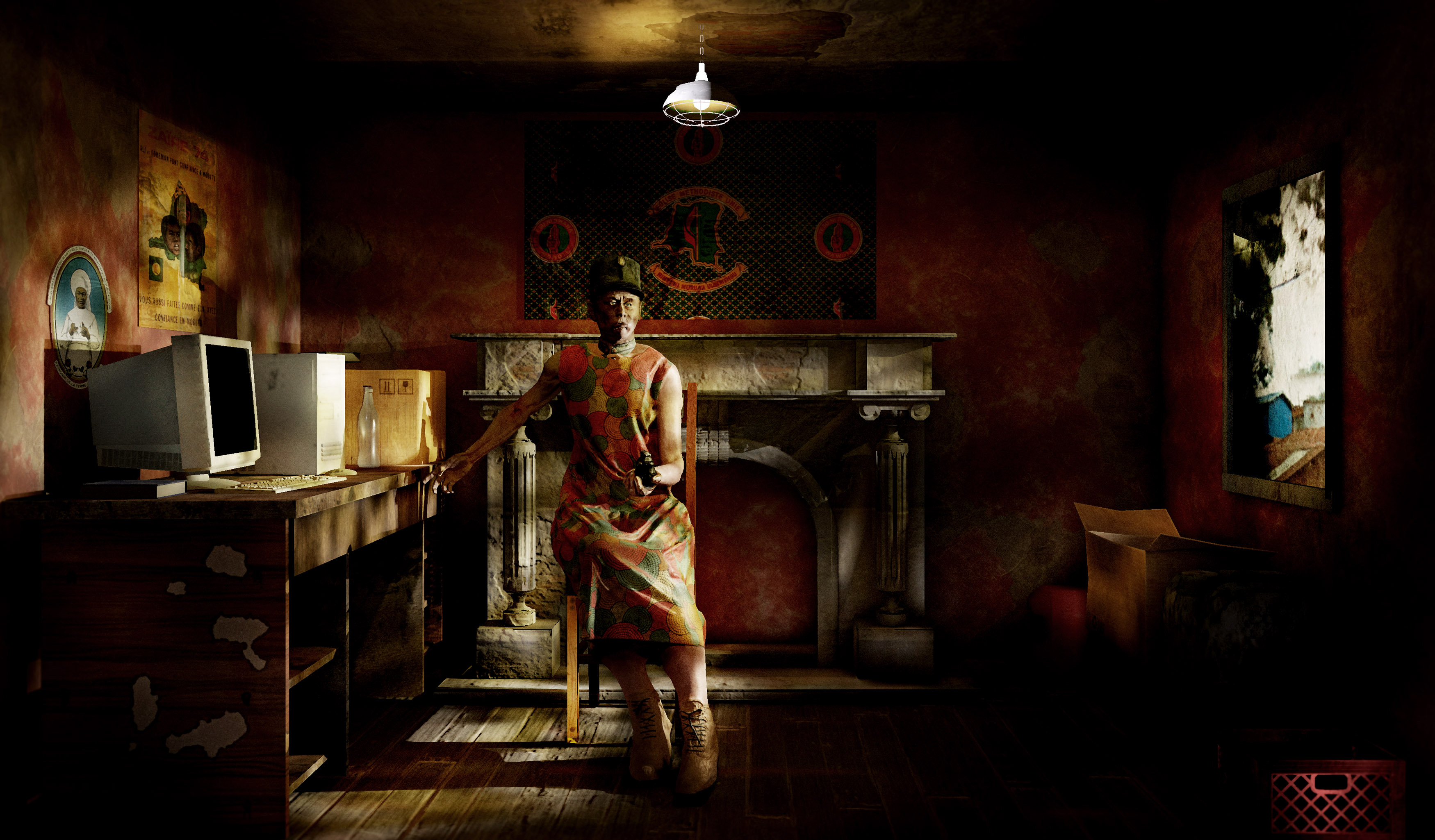 Screenshot from ‘ The Exhibition’

In the group exhibition Virtual Dioramas six Dutch artists signal how to redefine the traditional line between old and new media. The three-dimensional scenes combining virtual tableaux vivants, handmade miniatures and design, are featured in the Room at the Top and Eye’s Project Space.

Jasper de Beijer – The Exhibition. De Beijer used 3D scans of objects found in several colonial and ethnographic museums. The virtual exhibition of tableaux vivants that are continuously developed and dismantled as the visitor is moving around in the exhibition space, reflects our changing perception of the other.

Daniël Ernst – Die Fernweh Oper (winner Golden Calf 2019). Three scenes about opera star Asteria who sings a haunting elegy especially for you. Since 2013, Ernst is creating VR experiences that he describes as ‘diorama’s’. With his diorama’s he is now internationally recognized as a pioneer in his field. Premiere of the third scene of the Fernweh Oper (winner Golden Calf award Nederlands Film Festival 2019).

Celine Daemen – Opera of the Falling. A virtual reality opera and a series of handmade miniatures about loneliness and a sadness that can suddenly overwhelm us; inspired by interviews with people with psychiatrical vulnerabilities.

Paula Strunden – Micro-utopia: The Imaginary Potential of Home. Micro-utopia is based on Utopian interiors, historical paintings and contemporary design, created in reaction to the current housing crisis in London.

About The Exhibition (Press release)

The Exhibition is a museum in virtual reality where a museum show is continuously built up and broken down while the visitor is walking around in it. The route that the visitor chooses dictates the course and content of the exhibition.

Since the birth of the museum in the 19th century dioramas are being used to show the visitor a slice of reality. These slices of pseudo reality confront the visitor with a point in time and place – frozen in a confined box, while the subjectiveness depends on era and perpective.

In The Exhibition the visitor dictates the course of the show itself by choosing a route and looking in certain directions. This makes the exhibition different for every viewer, being constructed and deconstructed accordingly.

During his stay at the Wiels residency the artist has been studying and collecting information at different ethnographic museums, to investigate how these tableaux vivants are a reflection on the zeitgeist in which they were constructed. He used the collected numerous 3D scans of objects he found there to create exhibited objects that have become actors in a narrative that tells us more about our changing perception than it does about the content of the dioramas.

Please note! Online ticket sales are not possible on 13, 14 and 15 November.
On those days, tickets can only be bought at Eye’s box office.