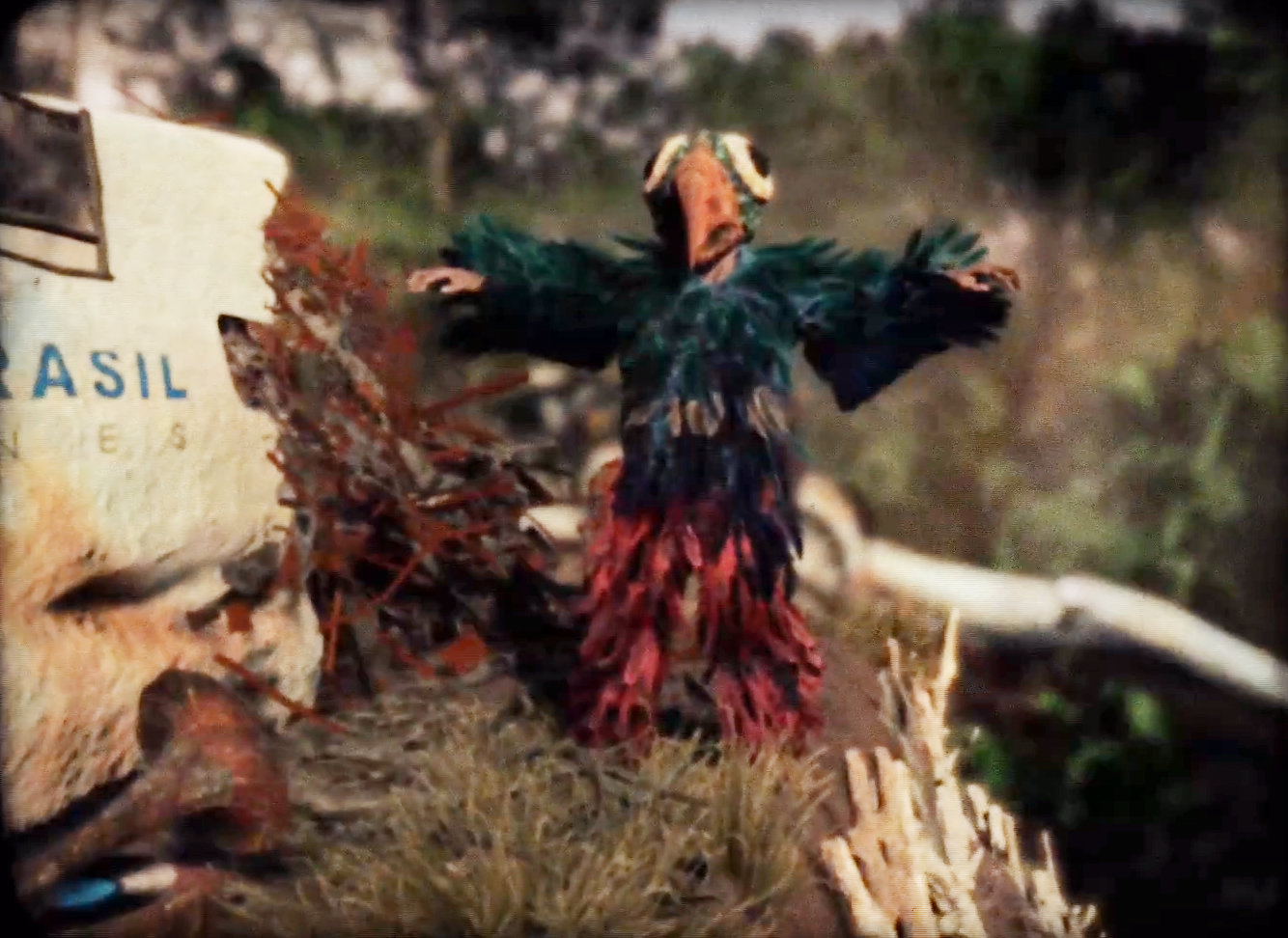 The Brazilian Suitcase – footage (around 1979)

Barely a hundred years have gone by since Nungesser and Coli’s L’Oiseau Blanc (‘The White Bird’) was been flying over the cliff at Étretat. Five hundred years separated Leonardo da Vinci’s sketch for a flying machine, the Ornithopter, from the aviator Louis Blériot’s Libellule (‘Dragonfly’). Both of them shared the same abiding and intrinsically human desire to leave the ground on which we humans are rooted and to launch themselves into the sky. From Icarus to Jules Verne and the superheroes of comics, the dream of wings to fly with has been a feature of our imagination.
The group exhibition À tire-d’aile explores the urge to fly and interpretations of it in contemporary creation. From the late 19th century and into the machine age, aviation gave practical shape to that dream. Photography and film were linked with the relevant inventions from the outset – both the exploits and the failures. Étienne-Jules Marey’s experiments with photography helped crack the mystery of bird flight. Later, photographers were witnesses and recorders of the appearance of aeroplanes and their pilots in the sky. Then, when whimsical minds and jokers got involved, photography revealed its ability to forge and fake reality, as exemplified by studio images that acted as precursors of the flight simulator.
Photographers responded naturally to the men who dreamt of flying and their need to give evidence of their deeds, creating images that ranged from the documentary to the poetic, sometimes dramatic and sometimes downright droll.
The exhibition will combine contemporary creations and archival and documentary images. The border between the documentary and the poetic is sometimes blurred. Sjoerd Knibbeler’s work, for example, which documents the ground routine of the French aerobatic display team, the Patrouille de France, is staged in such a way that it is like the film of a fairy ballet. Elsewhere, XiaoXiao Xu presents a collection of whimsical constructions by Chinese farmers.
Time is suspended in mid-flight, the fantasy frozen in mid-air… the fall may not be far off, but the discreet images here won’t let on.
ARTISTS
Agnès Geoffray (France, 1973); Francis Alÿs (Belgium, 1959) ; Jasper de Beijer (Netherlands, 1973); XiaoXiao Xu (Netherlands/China, 1984); Lukas Felzmann (Switzerland, 1959) ; Janne Lehtinen (Finland, 1970); Sjoerd Knibbeler (Netherlands, 1981), Jaap Scheeren (Netherlands, 1979) ; Etienne Cliquet (France, 1971) ; Laurent Millet (France, 1968) ; Vojtech Veskrna (Czech Republic, 1988)…
and the complicity of Patrice Marchand and Lison De Ridder, from HSH.
Centre photographique Rouen – Normandie
15 rue de la Chaîne – 76000 Rouen – FR
t. +33 (0)2 35 89 36 96
mbl. +33 (0)6 61 84 01 16
www.centrephotographique.com
February 27, 2018